In August the Church was formed, consisting of twenty people. The Lord’s Supper (Communion) was celebrated for the first time on August 12th, when the Rev. P Harris of St Albans presided. The Rev. Henry Perfect continued his ministry until January 9th 1853.

A little over a year later it was decided that a more permanent structure was needed, and the foundation stone was laid on August 9th 1853, and the new building opened for worship on January 12th 1854. The Rev. George Smith of Poplar, London and the Rev. Thomas Stockwell were the preachers on that occasion. This building had to be demolished as it was declared unsafe in July 1972.  The site of the demolished church building was eventually sold to the United Reformed Church Housing Association which built the present block of eight flats for the elderly. The name of the complex is Osborn House, which honours the man who was the prime mover behind the building of the Church on that site. He was also Mayor of Dunstable at one time. A minute of a meeting held on April 30th, the day after the death of Mr Joseph Osborn, refers to his as “the chief originator of the cause, it’s oldest member and the principal Deacon”.

The present congregation worships in what was the schoolroom, which was built as a result of a decision in March 1865. The hall was known for many years as the Osborn Hall. The original layout was adapted in 1974 when a dedicated worship area was created at the front of the hall, which can accommodate at least fifty people.  Further work was undertaken in 1988 when a new heating systems and a Loop system were installed. During this period the congregation worshipped in a hall in the Methodist Church in The Square.

The current Minister is the Revd. Heather Whyte 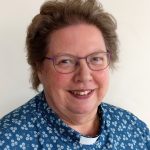 The ministers who are known to have served the Church are listed below:-

We are part of